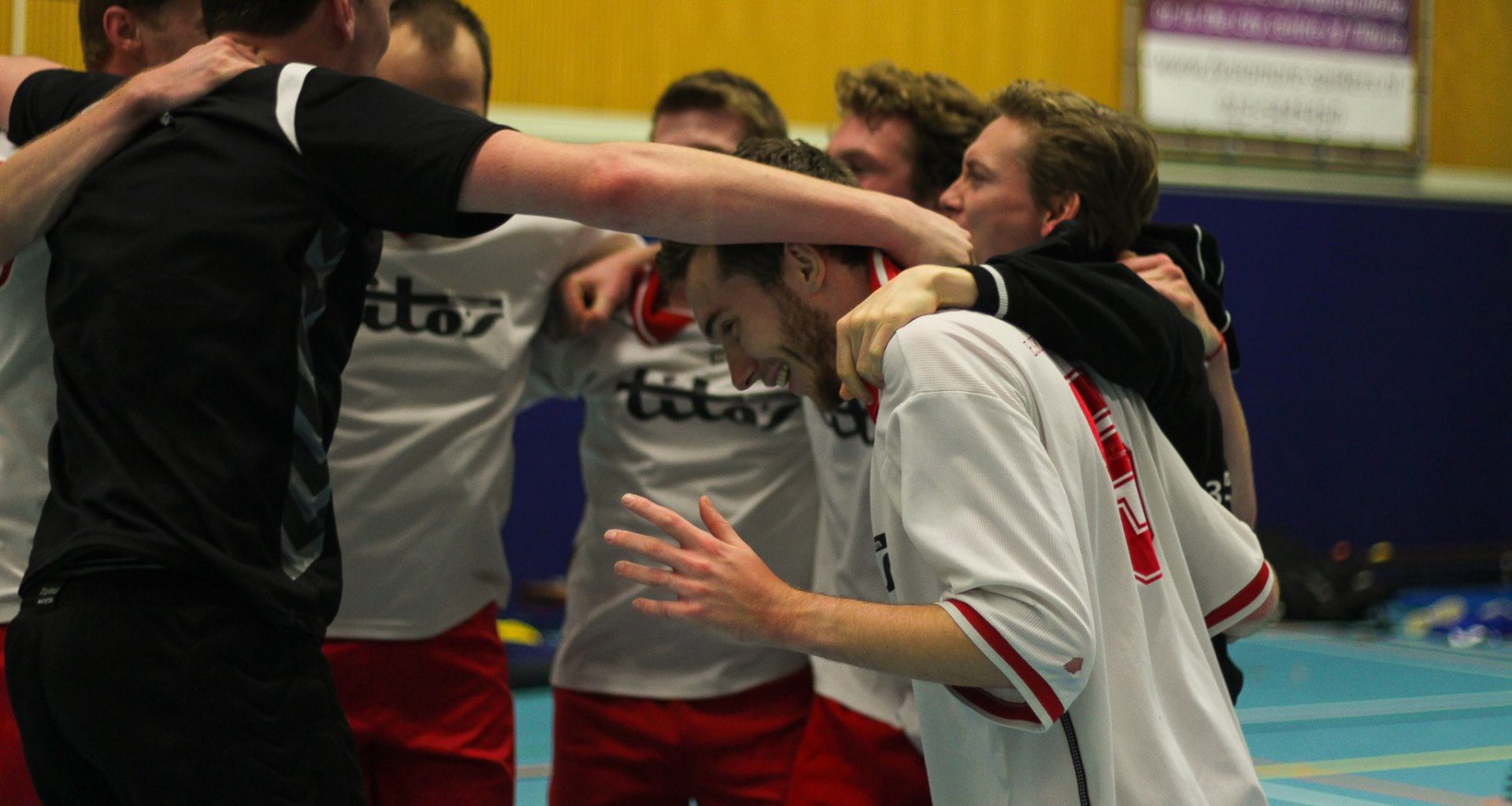 The intitiative to start E.S.Z.V.V. Totelos was from E.S.V.V. Pusphaira to start playing futsal. In 1978 Totelos was born, subsisting out of two teams from the Internal Competition: Totelos 1 and Totelos 2, both teams fully being made up out of field footbal players. This year the first Board started and they managed to put one single team together to play in the KNVB competition as well.

In 1981 Totelos became active in the NZVB competition, a local futsal competition. The NZVB teams are a small group of teams and set up their own Board, outside of the Totelos teams from the Internal Competition. In 1984 the NZVB teams decide to reunite with Totelos. From the season 1987/1988 Totelos decided to focus on the KNVB competition again. In 1988/1989 a branch for ladies is set up.

In 1998 Totelos becomes active again in the NZVB competition, but this time alongside the KNVB competition. The alumni of Totelos decided to start a new futsal association: TOB (Totelos Oude Ballen). This way they could still enjoy futsal after their student life, also with their old teammates.

In season 2003/2004 the ladies branch sadly came to an end, due to the lack of female futsal players. In contrast to this, Totelos 1 played in the top of the Frist Division, and in season 2005/2006 they even promoted to the highest division in the Netherlands. In 2008/2009 they went a division lower.

Since the season 2008/2009 the ladies became active again at Totelos and one team joined the KNVB competition. This branch developed strongly and grew on to be significant in regional futsal. The disctricts cup is won four times in a row since the season of 2013/2014. Winning this cup gave right to participate in the national KNVB cup, in which the top was reached by getting into the semi finals in season 2016/2017.

The 2018-2019 season was marked by the 8th Lustrum. Forty years Totelos were celebrated with a party, an Old Members Tournament, a Lustrumgala and a LustrumBOEM. In addition, a Totelos ski holiday took place this season for the first time in ages and the members weekend took place abroad. Outside of all the fun activities
there was also a good performance of the teams; T1 unfortunately just didn’t save the post-competition and
Ladies 1 became champion for the 3rd year in a row. An attempt by the ladies to play at Eredivisie level this season was unfortunately rejected due to a lack of players who could play at this level.

The 2019-2020 season was an interesting season. The year started well with nine full men’s teams in the KNVB competition, seven NZVB teams and four women’s teams. Halfway through the season the competition was shut down due to the COVID-19 virus. Lots of activities were removed from the agenda, but this made way for other online activities. After a few months drinks were taking place again, albeit with Corona measures. At the end of the season we were fortunately able to train again and host and join several tournaments. Unfortunately the competitions were not resumed.

Season 2020-2021 started in good spirits. With four ladies teams, seven KNVB teams and nine (one of which is subject to change) NZVB teams kicked off the season. Despite COVID-19 the KNVB competition started normally. Certainly for D1 this would be a challenging year in the Eredivisie. To make matters worse, the party quickly stopped: new COVID-19 measures ensured that everything came to a halt after a few weeks fall. No competitions, not even training. To keep the sense of association save now that we could no longer see each other in the hall, there were successful online events set up. This ensured that people did not forget each other. As the COVID-19 measures relaxed, we flew into each other’s arms on the grass again. Grass, and not the gym floor, as the training sessions could only take place outside on a larger scale. Due to this creative solution, many Totelossers regained their condition. After some time more rules were abolished. A possible Region Cup from the KNVB was planned, but did not go trough in the end, to great regret. The training sessions, on the other hand, became more and more usual. After all the setbacks of last year, there was no doubt that E.S.Z.V.V. Totelos would start strong next year.

At the start of the 2021-2022 season, Covid-19 finally seemed to be a thing of the past. The year therefore started well with training and competitions. It didn’t take long before this was halted by tightened government measures. Matches were stopped because of this and trainings were only possible with adapted measures. After some time the rules were loosened. Recreational and sportive activities were organized more and more. Therefore this year IUTT made a comeback. This year’s edition did not disappoint with no less than seventeen men’s teams and seven women’s teams. This year was also the first time ZATT was organized, with sixteen men’s and eight women’s teams. An accessible one-day tournament in which the third half was most important. In addition, as tradition D1 became champion this year. Yet this year’s victory was bittersweet, because of the departure of many veteran women. Many of them did not go far, though. Many went over to TOB or RPC. Nevertheless, the loss of these old guard ladies is a great loss for the association and this did mean work had to be done to find new female players. Finally, at the end of this year, the construction on hall 1 in the SSC took place. A development that will be closely monitored, since a new camera system will be installed. This system can be used during training sessions and competitions to study games and situations.